1959: For the health of our workers – Veggies From Mexico 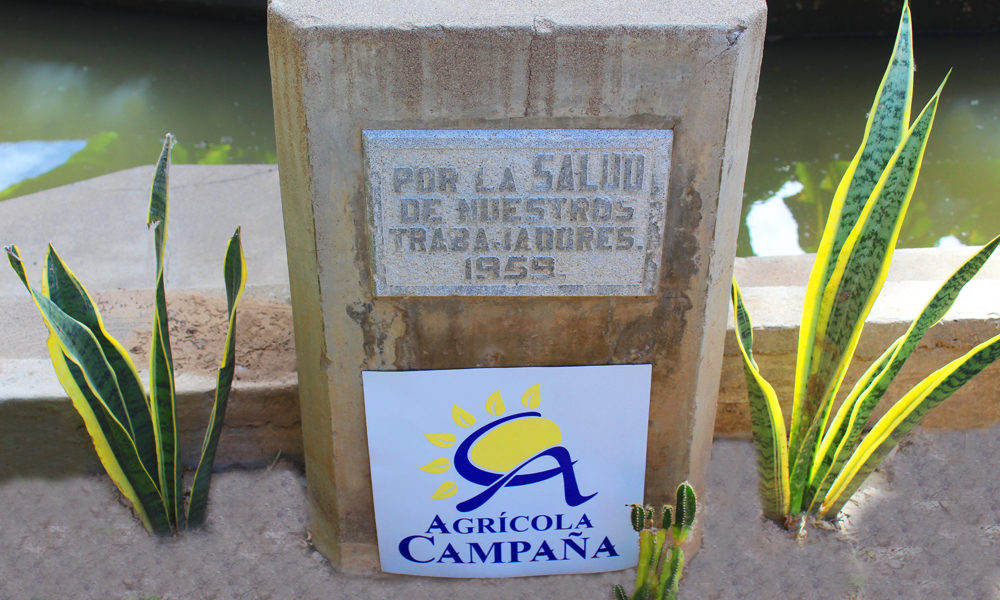 If we are talking social responsibility in farming, Agrícola Campaña is a perfect example of it due to its origin and meaning.

Located at the heart of Sinaloa’s Farming Valley, Villa Juárez, Navolato; this company has stood up throughout all these years due to the value and significance collaborators have for the company.

Francisco Campaña Senior, the grandfather of Francisco and Horacio Campaña (current managers of farming operations) was the pioneer of this great history, in which he had no resources, methodology, modern tools or cutting-edge technology. What he did have was a great vision and work to be done.

In an interview with his grandson, Horacio, he shares with us that two years before the Sanalona dam was completely built, his grandfather acquired the lands of what now is Agrícola Campaña. This place had to be cleared from weeds by hand, as there were no tractors or machinery to do so.

Unquestionably, the Sanalona dam meant access to water for farmers, which would help crop blooming. At that time, sugarcane was the main crop, there was some sesame growing, but the only source of water was the river and a channel built by the company which owned the sugar mill. The main channel they built was assumed that they were the only ones with the right to use it, but people used to get water out of it at night so they could plant crops. Without a doubt, the Sanalona dam started what is now the Culiacan Valley.

Years later, in 1959 to be precise; Francisco Campaña Senior chooses to build within the farm facilities a drinking water fountain at the bottom of a spring, which provided pure water to workers, because back when they starting sowing, they detected problems with contamination, bacteria, pathogens, etc., and building this pool help them obtaining clean water. Back in the day, there was no drinking water, drain or sewage systems, so building it and provide clean water was both unusual and truly amazing.

During the building process of this pool, remains of ancient groups were found, such as axes, etc. Age has not been determined, but it is believed that there were ancient villages on these areas.

Nowadays, the drinking water fountain is no longer in service, but it serves as a reminder of Francisco Campaña Senior’s philosophy and a company committed to the wellbeing of workers.