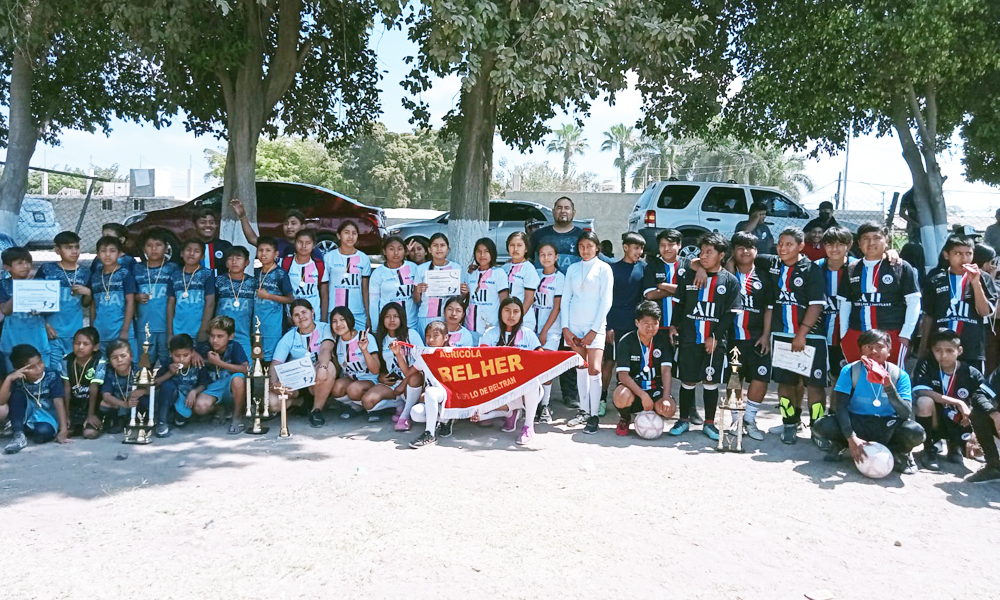 On April 9 and 10, the final matches of the soccer tournament of the 11th edition of the permanent sports league season 2021-2022 “Farmworkers only” organized every year by the Growers Association of Culiacan (AARC for its Spanish initials) took place.

The participation of the men’s and women’s teams from Agrícola Belher, where children, youth and adults from their two Community Development Centers (CDC’S) Dorita and Lo de Beltrán, accompanied by the social work team and their coach, Baudel Benito Camacho, volunteer and sports promoter from the community of La Palma, obtained the following results:

In the boys’ child category (10-12 years old), Dorita defeated Cafetal with a score of 2-0, the first goal was an own goal and the second for the Dorita team was scored by the boy José Ángel Martínez Pereda originally from Sinaloa. In this category, Andrés Martínez Pulido, from the State of Veracruz, stood out as the youngest player.

In the female category (10-17 years old), the Lo de Beltrán team defeated Cafetal by a score of 4-1. The goals that made them champions were scored by Erika García Zarate (2 goals) and Karla Michelle Valenzuela (2 goals), both from Veracruz and Sinaloa. The title of best player and the scoring championship, with 12 goals, went to María Noriega Hernández, from Oaxaca.

It should be noted that the company maintains a program of cultural, recreational and sports activities, where each season it promotes physical activation, recreation, family coexistence, addiction prevention and prevention of domestic violence.