The Metaverse: the platform of the future for the food and beverage industry – Veggies From Mexico

The Metaverse: the platform of the future for the food and beverage industry 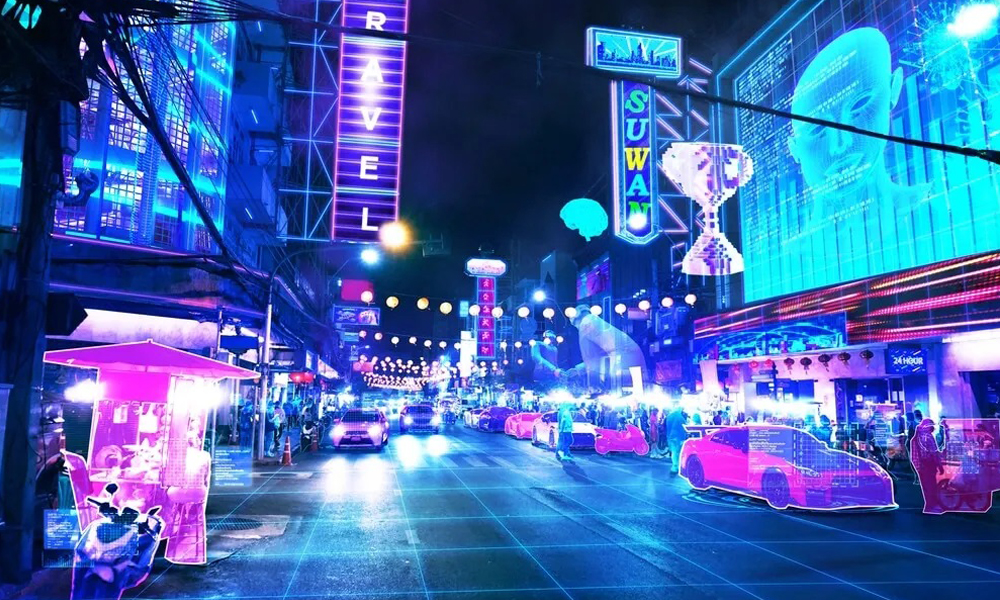 The metaverse is not new, it have at least 30 years old. The concept was invented by American writer Neal Stephenson in his 1992 novel Snow Crash, but Facebook founder Mark Zuckerberg recently installed the word in everyone’s minds and it has taken a new life. His bet is so strong that he even changed the name of his company to Meta.

We all already use the little word, although almost no one knows for sure what it will mean in our future life. Come on, not even looking for “metaverse” in Google. Although it already returns more than 14.5 million results in the search engine, it is not easy to find an exact definition of what it is or will be.

According to Zuckerberg, his idea is not that complicated. He wants to bring to the cyber world the moments that take place in the material world. It will be a new virtual existence to which we will connect through devices. One such gadget is the glasses Zuckerberg wore in his Metaverse ad (in capitals here, because Facebook’s founder already trademarked it). They are a lighter version of the helmets that are currently used to interact in video games.

For WGSN, a consumer forecasting and analytics company, the Metaverse will be the next big technology platform. Not as a result of the work of any individual or organization, but of the creative labor of millions of people. Because Zuckerberg’s idea is not the only plan. Many more companies are working on how to be part of this evolution or create their own alternate metaverse. The possibilities are enormous. And in the specific case of brands, the Metaverse will allow unprecedented interaction with their audiences.

“The time will come when a person will be reading the newspaper, sitting in a park in the Metaverse, and that advertising will appear in that newspaper,” says Alberto Moreno, commercial director of the Rebold marketing agency.

The new world where we will live together (and buy)

We are not talking about a futuristic vision or a forecast, it is something that has already begun. Gabriela Paredes, Advertising, Marketing & Commerce manager at Deloitte, points out that the development of the Metaverse is still in process, but she notes that 2022 will be the year in which this concept becomes widespread and begins to permeate various aspects of how brands move.

“What companies develop will depend on how users, in each of the countries, enter the Metaverse platform. Gamers in Sandbox and Roblox (two famous video games) already know a lot about this”, says Gabriela Paredes for Goula from Chile.

Video games have turned out to be an introduction to what this new space of coexistence will be. In addition to the two already mentioned, others like Minecraft and Fortnite are pushing habitability in their own metaverses.

At WGSN they have no doubts about the potential of this: “Brands cannot be left behind; They need to enter the metaverse now, and (video games like) Fortnite and Roblox are a great starting point.” The consultancy ensures that the experiences offered by these platforms allow the products to experiment and prepare for this future.

At the end of 2020, Wendy’s, the famous American hamburger chain, entered Fortnite. He did not achieve it with advertisements, he did it as one more player. With its “Keeping Fortnite Fresh” meta-campaign, the company was part of a food battle between team pizza and team burger. The character of Wendy’s, instead of taking part of one of the sides, was in charge of destroying the freezers that stored meat. Something convenient with one of the chain’s most famous policies: “Fresh, never frozen beef”.

Right now, Zuckerberg’s Metaverse is an amusement park for ideas to connect with consumers. “It is time for companies to experiment, to let creativity flow. Brands have to figure out this ecosystem and how their audiences behave. There is nothing written”, invites Paredes.

More companies from the food industry enter the Metaverse

Just a few days ago, at the tenth edition of the Pa’l Norte music festival, in Mexico the beer company Tecate was declared the first beer in Mexico to enter the Metaverse. It did so through the sale of its first NFTs (Non-Fungible Token), a unique, non-replicable digital asset that can represent virtually anything: an image, a GIF, a song, or an experience. The Tecate NFTs were for access to lifetime benefits in Pa’l Norte, such as two tickets year after year for the festival and a backstage dressing room for the headline and five friends. Already at the event, Tecate NFT holders could live a virtual experience in which they generated their own avatar and entered a virtual bar to serve themselves beer in their Tecateverse.

Another case is that of the American Mexican food restaurant Chipotle. During last year’s Halloween party, the brand launched a dynamic on Roblox that offered virtual costumes for players to dress their avatars and also gave away coupons for a free burrito in its physical restaurants.

Large corporations in the food and beverage sector know that they must bet on the Metaverse. According to US media, McDonald’s submitted 10 Metaverse-related registration applications to the United States Patent and Trademark Office in February of this year. Among the requests are the registration of the brand and the operation of virtual online restaurants with home delivery. That your avatar in the Metaverse enters a McDonald’s and asks for a hamburger that will arrive at your home (the physical one) could soon be a reality.

A few days ago, Coca-Cola introduced what it called its first flavor born in the Metaverse: Coca-Cola Zero Sugar Byte, a sparkling beverage with, the company says, a pixel flavor. The proposal is inspired and designed for the gamer world.

Coca-Cola Zero Sugar Byte it can be found from May 2. The drink will also appear in Fortnite. To do this, Coca-Cola has created within the video game an island called Pixel Point where gamers will be able to interact in four immersive mini-games and, of course, get a virtual can of Coca-Cola Byte.

The Metaverse will bring opportunities for everyone, big and small

The food sector, by its nature, will be one of the sectors that will have to make a greater effort to achieve a profitable link with its customers in this new virtual world.

Among the limitations are, for example, that the technology to transmit a basic point does not yet exist: the aroma of food. “Without being an expert on these developments, it is something that will happen in the next four or five years. This is going by leaps and bounds,” says Moreno.

For now, the Rebold manager points out that retailers will be among the first to take advantage of the Metaverse. The idea is that, at some point, a person’s avatar can walk through the aisles of a supermarket in Metaverse and do the grocery shopping. Something like buying the hamburger at the virtual McDonald’s.

The Metaverse, according to experts, will also help “democratize” branding. “You don’t have to create a team dedicated to the Metaverse, but you should keep in mind now, now, that the ads that we can see today on social networks will be seen on that platform,” warns Alberto Moreno.

Micro, small and medium-sized businesses will have the opportunity, already known through social networks, to geo-segment their advertising by postal code or radios of territorial scope: if one of your neighbors is walking through the streets of the Metaverse, he will be able to see a spectacular that promotes your restaurant or cafe. “We don’t know the numbers right now, but it won’t be excessively expensive,” Moreno estimates.

That’s just the beginning of the possibilities. Gabriela Paredes once again invites you to be creative, although she gives some advice: “Deep down, what will matter in the Metaverse, as happens in social networks, is to generate a relationship with the brand, the product and the consumer. People will not buy products, they will buy experiences.”

Those who are still hesitant about the Metaverse ever happening are wasting their time. Those just beginning to devise their marketing for this alternate reality are, in fact, already late.