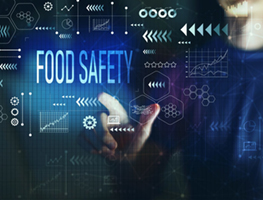 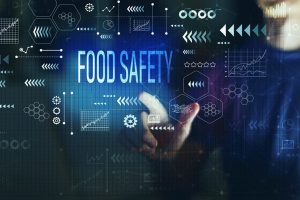 More than a third of people in the United Kingdom were unaware that takeaways and food businesses were required by law to undergo safety and hygiene checks, according to a survey.

People in the UK buying homemade food online and from social media chefs during lockdown has become increasingly popular during the past 12 months. Oliver’s Kitchen commissioned a survey of 5,000 British residents to find out their thoughts and experiences eating this type of takeaway.

More than three quarters, 79 percent, of respondents had ordered food from an unregistered home takeaway or social media chef during lockdown.

A tenth said they had suffered stomach ache or diarrhea following a purchase from a social media chef, and more than a third were concerned with the appearance or smell of the food and its packaging when it arrived.

Oliver’s Kitchen said the survey was important because of the sheer number of people starting at-home food businesses since the first lockdown.

The Natasha Allergy Research Foundation previously voiced safety concerns about the rise in businesses operating out of people’s homes. The Chartered Institute of Environmental Health (CIEH) has also expressed its worries about this trend.

When setting up a food business at home, sellers must register with their local authorities and undergo a food hygiene inspection at their residences.

Pizza was the most common social media meal choice, with more than half saying they ordered one, followed by roast dinners at 38 percent) Indian food at 27 percent and homemade cakes and desserts at 21 percent. Pub food, Italian, burgers and Chinese also made the Top 10.

Emerging trend but can be risky

When asked where they buy these homemade takeaways from, the majority, 77 percent, said Facebook. Snapchat came in at 5 percent and Gumtree had 10 percent.

Oliver Warburton, founder of Oliver’s Kitchen, said he was surprised to see how many people were unaware that every food establishment should have a hygiene rating by law.

“Since the emergence of the coronavirus back in March of last year, the hospitality sector has been one of the hardest hit, with roughly three closures happening for every new opening,” he said.

“So, with people spending more and more time indoors, unable to go to their favorite restaurants, it’s no wonder that so many have turned to unregistered vendors selling unique and bespoke homemade meals.

“It’s a growing trend at the moment, but unfortunately it doesn’t come without its risks. We really do urge people to ensure they know where they are buying their food from, because a nasty bout of food poisoning isn’t fun for anybody, and in serious cases it can be very dangerous.”