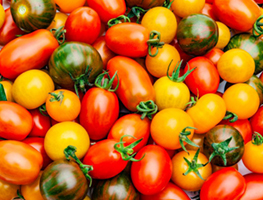 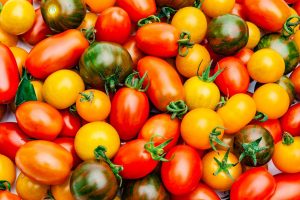 Last season Mexico exported US$7.5 billion of vegetables and $7.4 billion of fruit, with 96 percent and 84 percent going to the U.S., respectively.

For vegetables, tomatoes were far ahead at about $2.1 billion with most of the exports going to the U.S., with bell peppers at around $600 million, followed by other peppers and cucumbers.

Avocados came in first for most exported fruit at about $1.9 billion followed by walnuts at a little below $600 million, then limes.

This information was shared in a webinar hosted by Veggies From Mexico to speak about how far Mexico has come in the last 10 years, focusing on tomatoes.

“In 2002, Mexico was exporting $360 million in tomatoes and now it is way above $2.1 billion,” Georgius Gotsis, CEO of Veggies From Mexico said.

The growth can be accredited to the creation of what was NAFTA at the time and also improving technology specifically in greenhouses and shade houses.

The Mexican state Sinaloa has about 8,000 hectares of protected agriculture and is one of the most important production regions, with about 10 percent of Mexico’s total produce production coming from the area.

“During the 2019-20 season, almost 3,000 hectares of tomatoes were grown in Sinaloa’s protected agriculture,” Gotsis said.

Tomato seedling production begins in August, moving to field and greenhouse seeding in September and harvesting beginning in December and finishing by May.

Gotsis said one of the most important allies in the greenhouse is the bumblebee, as they can visit 1,200 to 1,800 plants per minute.

“There is nothing more efficient than a bumblebee to pollinate our flowers.”

Growers of the Sinaloa region are all eligible to participate in Veggies From Mexico’s compliance system based on certifications held, assigning them to one of two tiers, either the Full Compliance or the Beyond tier.

Within this program, the Eleven Rivers Compliance Team performs weekly audits of each member’s facilities to hold all participants accountable.

Currently, the community has 14 members and represents over 26 million boxes exported annually.