FSVP is an Important Rule for Most Importers – Veggies From Mexico

FSVP is an Important Rule for Most Importers 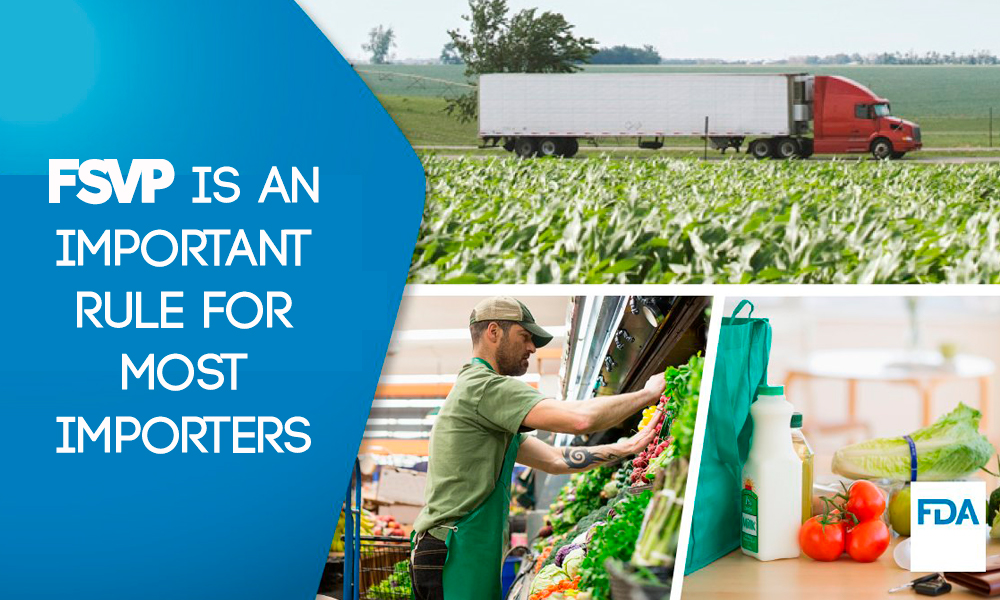 In recent years, through regulations created under the Food Safety Modernization Act (FSMA), the Food and Drug Administration (FDA) has adopted a preventive approach to food safety, in contrast to the Whack-A-Mole strategy of dealing with foodborne illness that preceded FSMA. But with so much food being imported from other countries, these regulations could very easily be undermined. Enter the Foreign Supplier Verification Program (FSVP).

FSVP’s purpose is to ensure that importers have adequate assurance that foods were harvested, grown, manufactured, processed and/or packaged using protections equivalent to those imposed by the FDA. The regulations define a foreign supplier as the establishment that manufactures, processes or grows the food, or raises the animal, for export to the U.S., without further manufacturing or processing by others (besides labeling or other similar de minimis activities).

Under FSVP, importers must conduct a hazard analysis for each type of food they import. They must then approve each supplier they use, taking into consideration the results of that analysis, the identity of the entity that will be minimizing or preventing any hazards, the foreign supplier’s performance and more. And importers must document this process and their approval of each supplier. This process should take place every three years or whenever circumstances change. And since having an approved supplier has limited effect if importers don’t limit imports to approved suppliers, importers must also have written processes in place to ensure that they import foods only from approved suppliers.

FSVP is not a one-and-done process. After approving a particular foreign supplier, and before actually importing food for the first time, importers must determine which verification activities they will conduct to provide assurance that any identified hazards have either been significantly minimized or prevented, as well as the frequency of those activities. Depending on the food and the hazard, the importer must decide whether to conduct onsite audits, sample and test food, review the foreign supplier’s relevant food safety records and any other appropriate activity, or a combination of these. And if the supplier at any time fails to significantly minimize or prevent identified hazards, then the importer must have steps in place to take corrective measures.

Some foods are exempt from FSVP. The requirements do not apply to juice and fish, food imported for research or personal consumption, alcoholic beverages, foods regulated by the Department of Agriculture (meat, poultry, egg products), food that is merely shipped through the U.S., and food that is exported from the U.S. and returned.

In addition, imported canned foods are exempt, but only if the importer verifies and documents the foreign supplier’s compliance with the requirements. There is also a partial exemption if the imported food will be incorporated into a canned product. And importers are deemed to be in compliance with FSVP if they are considered a “receiving facility” under the hazard planning rules and if they either implement preventive controls for the imported food, are not required to do so or have established and implemented a risk-based supply chain program.

Very small importers and those who import food from certain types of small foreign suppliers are required to adhere to a less burdensome set of regulations. A very small importer is one whose sales of human or animal food, in the previous three years, adjusted for inflation, totaled less than $1 million or $2.5 million per year, respectively, when combined with the U.S. market value of any human or animal food imported, manufactured, processed, packed or held without sale. Foreign suppliers are considered small if they are a qualified facility, are a farm that is not considered to be a covered farm, or if they export shell eggs and have fewer than 3,000 laying hens.

They must obtain written assurance from their suppliers before importing any food, and every two years thereafter, that the supplier is producing the food in compliance with processes and procedures that provide at least the same level of public health protection as U.S. regulations provide.

The devil is in the details. The failure of manufacturers to pay attention may explain why FSVP violations are among the five most common FDA violations. Before importing any food, importers should carefully review the regulations, preferably with legal assistance, to ensure that they do not run afoul of the law and inadvertently undermine the safety measures in place here in the U.S.