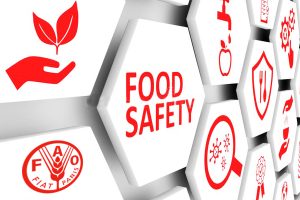 Lloyd’s Register Foundation is helping to fund a project to educate a new generation of food safety professionals in the developing world.

The United Nations’ Food and Agriculture Organization (FAO) project began in 2019 and is based in East Africa and the Caribbean. Work has been extended until the end of 2021. There are also plans to use the project as a pilot and potentially roll out the initiative across Africa.

Relief efforts for foodborne diseases in the developing world are still critically underfunded. During the past seven years, on average, only $55 million was invested annually in food safety, compared to the $1 billion in development assistance each year for malaria prevention, according to the Foundation.

In poorer countries a shortage of trained food safety professionals is hampering efforts to improve the situation. Unsafe food costs lives and damages economies because of a loss of agricultural trade opportunities.

“Certification bodies such as Lloyd’s Register are unable to carry out audits in these areas, due to a lack of food safety professionals on the ground,” said Vincent Doumeizel, the Foundation’s director for Food Challenge.

“Countries will remain unable to meet the ever-growing consumer demands for food safety information and miss out on vital trade and tourism. Overwhelmingly, the physical and financial burden of foodborne diseases falls on individuals and governments in emerging countries.”

Foodborne disease in the Caribbean is four times as much as in Europe, and the public health burden is estimated at $21 million annually, more than the entire budget of some island nations. Part of this burden is because of a lack of trained people, said the Foundation.

In low- and middle-income countries, the capacity for food safety risk assessment and risk management, hazard monitoring, incident prevention and mitigation is limited. There is a lack of food safety professionals to implement and control the measures needed to prevent food from becoming unsafe.

How the project will help

The project will produce reports on food safety education in East Africa and the Caribbean and develop undergraduate education materials for each region. It will create a curriculum for universities to help bridge the gap in knowledge between emerging countries and the developed world.

Academic partners have been identified in universities in Africa and the Caribbean which already have food safety programs, and from two Canadian universities, Guelph and Laval, with expertise in the area.

This includes partnerships with universities in Tanzania, Uganda, South Sudan, Burundi and Rwanda in East Africa, and the University of Guyana and University of the West Indies in 17 English speaking nations across the Caribbean.

Jeffrey LeJeune, project leader at the FAO, said: “Lloyd’s Register Foundation’s grant is helping us to build skills and create jobs in food safety, leading to safer food and sustainable careers and livelihoods.

“The whole premise of this project is to enhance food safety globally, and our approach is to build workforce capacity in developing countries so that they can ensure food in their own countries is safe.”

Other partners are the International Union of Food Science and Technology (IUFoST) and International Livestock and Research Institute (ILRI).