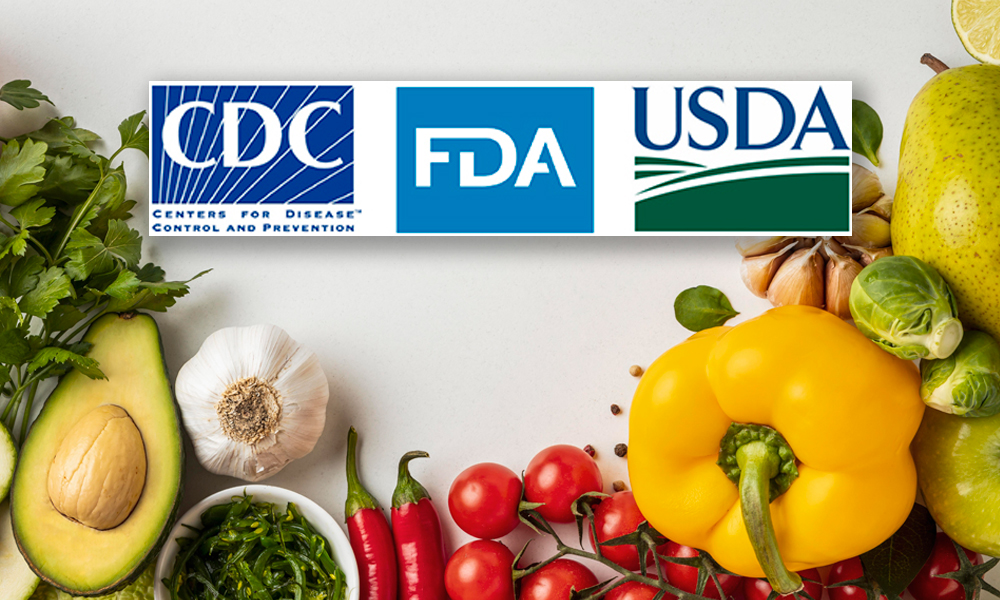 The Interagency Food Safety Analytics Collaboration (IFSAC) has released its findings for 2019 for the sources of Salmonella, Escherichia coli O157, Listeria monocytogenes, and Campylobacter in 1,532 foodborne disease outbreaks.

The IFSAC is a tri-agency group established by the Centers for Disease Control and Prevention (CDC), the U.S. Food and Drug Administration (FDA), and USDA’s Food Safety and Inspection Service (FSIS). IFSAC has a  method  to estimate percentages of foodborne illness attributed to certain sources  using outbreak data since 1998 for its four priority pathogens.

The methods used in this and prior annual reports are detailed in a peer-reviewed article in the January 2021 issue of Emerging Infectious Diseases.

With some modifications, the methodology was carried forward for the 2019 estimates. The IFSAC methodology relies most heavily on the most recent five years of outbreak data, meaning 2015-2019 for the most current estimates.

CDC estimates that, together, the four priority pathogens cause nearly 2 million cases of foodborne illnesses in the U.S. each year. Among the IFSAC findings for 2019 are these:

More than 75 percent of Salmonella illnesses were attributed to seven food categories: Chicken, Fruits, Pork, Seeded Vegetables (such as tomatoes), and Other Produce (such as nuts), Turkey, and Eggs.

Over 75 percent of the E. coli O157 illnesses were linked to just two food categories — Vegetable Row Crops, such as leafy greens, and beef.

Non-dairy Campylobacter illnesses were linked to chicken 80 percent of the time with Seafood, including shellfish and turkey making up the difference.

“An attribution percentage for dairy is not included because among other reasons, most foodborne Campylobacter outbreaks are associated with unpasteurized milk, which is not widely consumed, and we think they over-represent dairy as a source of Campylobacter,” the IFSAC report says. “Removing dairy illnesses from the calculations highlights important sources of illnesses from widely consumed foods, such as chicken.”

“Each year in the United States, an estimated 9 million people get sick, 56,000 are hospitalized and 1,300 die of foodborne disease caused by known pathogens,” the report continues. “These estimates help us understand the scope of this public health problem. However to develop effective prevention measures, we need to understand the percentage of foodborne illnesses associated with specific foods, we call this work foodborne illness source attribution.”

The report says the 2019 estimates should help scientists, policy-makers, the food industry, consumer groups, and the general public “assess whether prevention measures are working.”

Based on the five-year data, Salmonella was blamed for the most outbreaks with 943 either caused or suspected.

Next up was E. coli O157, which caused 269 outbreaks. Listeria was responsible for 51 outbreaks. And there were 114 Campylobacter outbreaks left after 155 due to dairy were set aside.

The report also credits whole-genome sequencing, the linking of human and food isolates from multiple years, with solving most outbreaks.